On October 31st, while in many parts of the world, kids were busy dressing up for Halloween, in Geneva the cream of watchmaking was dolling up for the big night at the Grand Prix d’Horlogerie de Genève (GPHG).

After a long period of deliberation, waiting and guessing — check out our predictions here – finally, we got to know what the jury had to say. The 24 member jury, consisting of people recognized for their exceptional contribution to the watchmaking sector – such as master-watchmaker and Swiss design genius, Philippe Dufour, was presided by Aurel Bacs.

The most prestigious prize, the “Aiguille d’Or” Grand Prix, was awarded to Breguet for the Classique Chronométrie. There is no surprise when it comes to the Ladies’ High-Mech Watch Prize: Christophe Claret Margot. “Revival” Watch Prize: Omega, Speedmaster “Dark Side Of The Moon” Walter Lange received the Special Jury Prize. This prize rewards a personality, institution or initiative that has played a fundamental role in promoting high-quality watchmaking. The public, after votes cast on internet and at the international exhibitions, selected its own
favourite which won the Public Prize: Breguet, Classique Dame. OK, probably it is too harsh to talk about losers when it comes to a competition with such a high standard. Those that did not won, especially the timepieces that got preselected, are all examples of superlative watchmaking.

As I mentioned earlier, a few weeks ago, we have posted a list of watches, that we were expecting to win. Excluding the Special Jury Prize, from the 15 prizes rewarding timepieces, we got right five: Blancpain Women Off-centred Hour winning the Ladies’ Watch Prize, Christopher Claret Margot receiving the Ladies’ High-Mech Prize, Grönefeld Parallax Tourbillon receiving the Tourbillon Prize, Urwerk EMC receiving the Mechanical Exeption Watch Prize and finally, we guessed right that Voutilainen Hisui will be crowned in the Artistic Crafts category.

I’m rather surprised by some of the pieces not receiving enough love from the jury to have an award; I’m thinking of the Hublot MP-05 LaFerrari or the Montblanc Collection Villeret 1858.

Yesterday, on the eve of the GPHG award ceremony, W THE JOURNAL, published a story called GPHG 2014 – And the winners are… Patek Philippe, Rolex and Cartier!

The title is a satirical reference to the fact that many major brands preferred not to participate at this year’s event. The author considers that the absence of these brands weakens the importance of GPHG, and that the this situation should be fixed by making the preselection, without the consent of the brands:

Of course, while it’s easy to point the finger at the absentees, it’s impossible to ignore the absurdity of a situation in which the biggest and most prestigious brands in Swiss watchmaking snub an event aiming to become the industry’s most coveted podium.

The trouble is that the brands can choose whether they wish to participate, and the GPHG refuses to oblige them to take part. As long as the regulations forgo a selection by the organizers in favor of self-selection by the brands, the competition’s Achilles heel will stand out like a sore thumb. What makes this situation even more frustrating is that the GPHG has greatly improved many other aspects of the competition over the past few years.

In any case, we’re looking forward to this evening: the winners will be eternally grateful to the many absentees!

Other than Patek Philippe, Rolex and Cartier, the author also mentions other brands that are absent: Vacheron Constantin, Audemars Piguet, IWC, Piaget, Breitling, Jaeger-LeCoultre and Longines.

Without having access to the complete list of participants at past events, I just found this PDF with winners of GPHG from 2001 to 2012. We can see that, in the past Audemars Piguet, Cartier, Jaeger LeCoultre, Longines, Patek Philippe, Piaget and Vacheron Constantin, have not just participated, but they also won prizes on several occasions. These are all great brands, with iconic watches and I’m too far from Geneva to know why they chose not to participate this year. Is it political? Is it business? Or simply, they just felt that it’s better to skip the 2014 edition.

For the brands that never bothered to participate, again, I have no idea why they felt it’s worthless to send in their best models. Watchmaking is not a sport and probably the judges know better than anyone that it’s not easy to select a winner. By giving the award to one piece, in the same time, they take away that award from the other competing models. A situation that brands consider twice before sending in their piece.

“What!? Rolex did not win this year’s “Aiguille d’Or”?” For sure, that is a scenario that the big R, doesn’t want to risk and I’m not expecting them anytime soon to participate.

Should GPHG select the watches on its own, without the accord of the brands, as the author of the article suggests? I don’t think so. The GPHG rules, as they are set right now, require a brand to be self-confident and to have the guts to go out and say, “we think that our tourbillon piece is the best in the world”. If a brand prefers not to participate, in my opinion, does not weaken GPHG, on the contrary, it makes it stronger, because it gives place to surprising results. If I would think only 2014, Urban Jürgensen & Sonner comes to my mind, the winner of the Men’s Watch Prize. There you go. 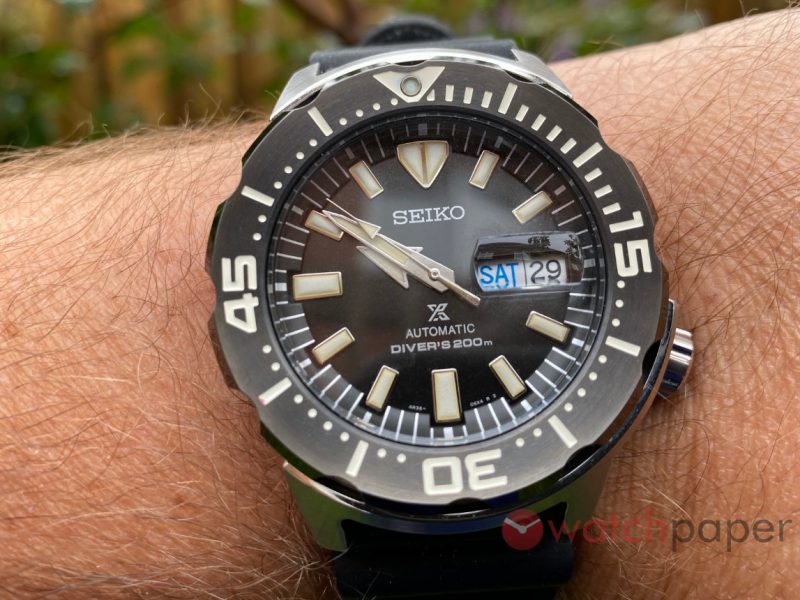