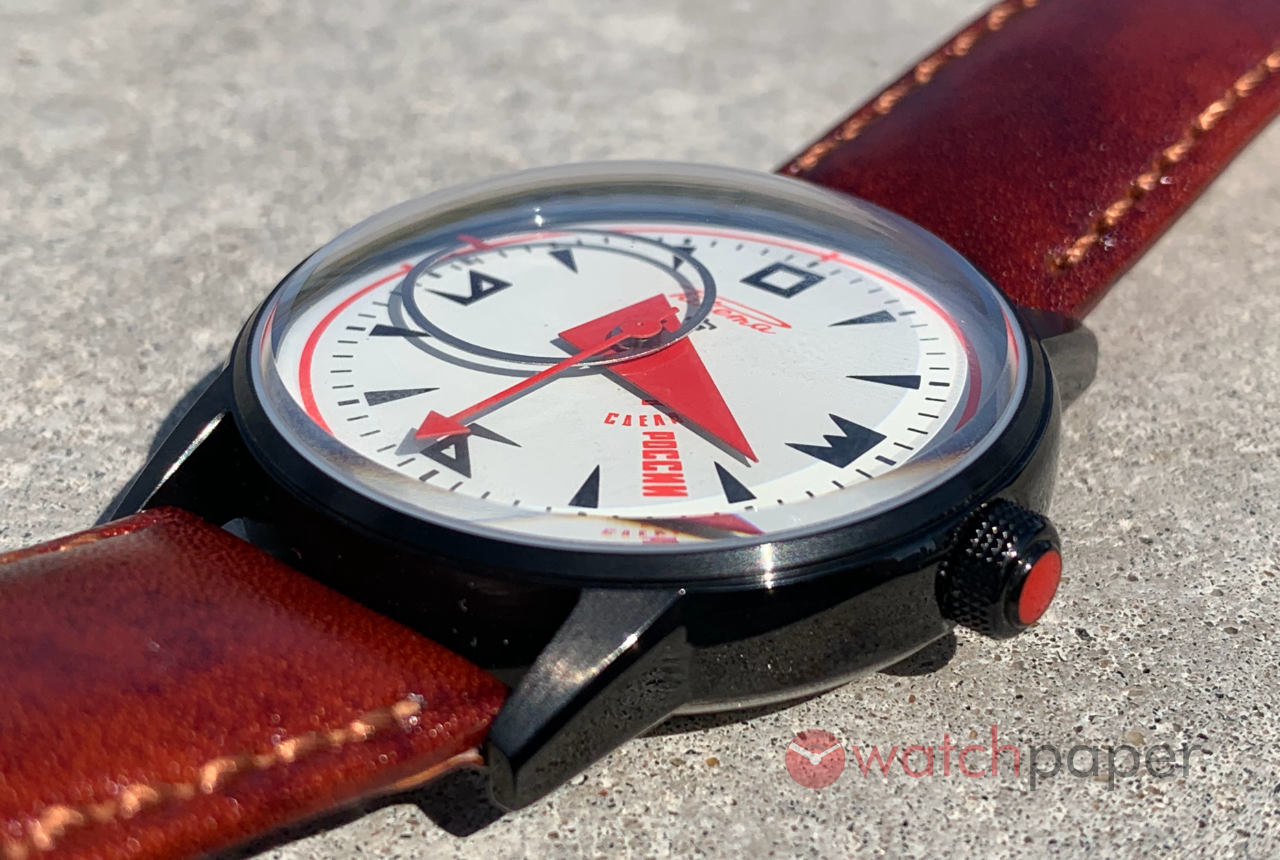 When you ask watch collectors, how they got into watches, it is quite often that they will talk about how as kids saw their father, grandfather, uncle or other influential male figure wearing elegant watches. They will often talk about Rolexes, Omegas, Pateks, maybe other brands that are buried in the dust of history. As a kid growing up behind the Iron Curtain, it was no different for me, men would be wearing beautiful watches, only that they were not made in Switzerland, but in the U.S.S.R. Russian watches were considered a luxury, with far better quality than the local Orex brand.  I’m talking here about Slava, Poljot, Vostok and Raketa, brands that with the fall of Communism have disappeared from the shelves, being replaced by an avalanche of very cheap Chinese and Japanese quartz watches. By that time, having a Russian watch was no longer a status symbol, or proof or refinement, for that one had to wear a Swiss watch. But for me, whenever I strap on a Russian watch, I’m overwhelmed by a warm feeling, maybe nostalgia. Miss those men that were sharp even in the most difficult times — I realize now that being elegant was one of their many ways of resisting the political oppression.

I knew that Raketa continued to produce watches, but I never had the occasion to see their new models — their retail network is not very extensive. Whenever I go back to visit my family in Eastern European, I make a habit in visiting old watch repair shops, hidden time capsules carrying unexpected treasures from a distant past. This is where I get to see many old Russian watches in more or less vintage conditions. When I was offered the opportunity to try out a brand new Raketa for this review, I eagerly jumped on the occasion. Before we would look at the details of the Avant-garde, just to put things in perspective, I think it will be interesting for WatchPaper readers who are less familiar with the history of Russian watchmaking to talk about the origin of the Raketa brand. Raketa, just as its sister brand Pobeda are made at the Petrodvorets watch factory that traces back its origin to more than 300 years, when Peter the Great established the Imperial Peterhof Factory, initially because he needed a lapidary to build the new capital in St Petersbourg. Down the road, the craftsmen at the Imperial Petrof Factory became known not just for their marble works but also for diamond cutting and for a wide range of luxury goods. During WWII, the factory is producing precision instruments for the Red Army, and after the war, in 1945, by the order Stalin to mark the Soviet victory over the Nazis, Pobeda (victory in Russian) as a brand is created. Raketa follows in 1961, a new brand that marks Yuri Gagarin’s space flight. Probably the most interesting watches that Raketa would produce during the Soviet period are the 24-hour dial watches, designed for polar explorers and submarine officers. The brand that during these years, produced 150 million watches, more than Swiss ever made, came close to bankruptcy after the fall of Communism. Their saviour was Count Jacques von Polier, a count with a title dating back to the Huguenot era, who in 1996 moved to Moscow from France for studies. With a few university friends, he found a series of real estate and human resource companies that made him a fortune. He lost almost everything during Russia’s financial crisis of 98. To make ends meet, he wrote for Paris Match, published a book and worked as a stockbroker. A few years later, with another partner, he acquired Raketa, bringing a badly needed investment and a fresh product strategy. The Avant-garde model is the result of this new vision for Raketa, watches with a strong Russian identity. Many of the Raketa models are paying tribute to the glory of the Soviet Union, I particularly like that this model is focusing on a positive contribution of Russia to humankind – art. While the Russian avant-garde movement was born from the fever of the Revolution of 1917, it was soon replaced with the state-sponsored Socialist Realism with the arrival of Stalin as head of state. When it comes to watches, especially German watches, we often talk about Bauhaus, but we tend to forget that the famous German art school was influenced by the Russian avant-garde movement — think Kandinsky.

What makes this watch even more interesting is that it was designed in collaboration with Emir Kusturica, the famous Serbian filmmaker and musician who is a great lower of Russian art and culture, this watch is an ode to one of the most interesting and influential periods in the history of Russian art. El Lissitzky – Beat the Whites with the Red Wedge

On the wrist, this Raketa a wearable kinetic artwork. It’s like someone would take El Lissitzky’s “Beat the Whites with the Red Wedge” poster, chop it up and animate it with a watch movement. The four numerals zero (at 12 o’clock), three, six and nine are written in Constructivist typography, while the little black arrow indexes pointing towards the centre, are like tiny soldiers trying to fight back the big red arrow – the hour hand. Minutes are indicated by the large circular hand while the red arrow-shaped second hand goes around nervously, nobody escapes the revolution. All this drama on the dial is heightened by the domed crystal. There you have an entire Marxist class struggle, the Red Wedge dispersing and beating the Whites, the Russian Civil War reduced to a watch dial. Can a watch be any more interesting than that? A profile view of the Raketa Avant-garde 0238

There is not much to say about the case, it has a mat finish on the top and it’s polished on the side with a black coating. The crown has a red dot on it, it looks cute…

The back of the watch is where it becomes interesting, probably the sexiest watch back I ever saw. It’s just a tiny window revealing only part of the movement, just teasing you. You want to see more, but you will never get to see everything. If the rotor is not covering it, you will get a glimpse of the balance bridge with the beating heart of the watch. It’s like that Russian girl with an average beauty but with an enormous sex appeal, driving you crazy, without ever engaging seriously. The sexy back of the Raketa Avant-garde 0238

So what this girl is hiding is actually the automatic calibre 2615, made entirely at the Petrodvorets watch factory. Beating at 2.5 Hz, with bi-directional winding, it can run for up to 40 hours after fully wound.

The dark red leather strap that comes with the watch is very comfortable and it has a nice finish, it’s well made.

After visiting the Raketa online watch store, this is probably my favourite model together with the 24-hour Submariner collection. At €1,250 it’s not a cheap watch, but it is worth every penny if you are looking for a watch that breaks away from the norm or if you like watches that tell a story, the same goes for those shopping for a piece that is guaranteed to be a conversation starter. If you are a fan of modern art, you can’t have your art collection always with you, but you can always wear your Raketa Avant-garde. And if you are like me and you love Kusturica movies, there is one more argument for this watch.

To end this review here are few more picture, but first a little bit of Kusturica: No parking for the Raketa Avant-garde Is this the phone to call Kremlin? At the red gates with the Raketa Avant-garde