Watch brands know that working with celebrities will give them a lot of exposure during film festivals and other red carpet events. Gold, diamonds and other precious metals are shining on the wrist of actors, musicians and other VIPs. Ball too has its team of ambassadors, but you won’t find them at catwalks, they are busy climbing walls with their bare hands, breaking free diving records, chasing tornadoes, or going into space. They are all part of the Ball Explorer Club, and as of this year, there is a Canadian among them: award winning landscape photographer, Paul Zizka from Banff, Alberta.

His landscapes were published by prestigious publications: Maclean’s, IMPACT, Alpinist, The Guardian, Canadian Geographic, just to name a few. While his pictures are used to promote Banff National Park throughout the world, his passion for the wilderness brought him to places as far as Iceland, New Zealand, Scandinavia, Nepal, and the list could go on-and-on.

When I saw his name among the Ball Explorers, I jumped on the occasion to approach him, to find out more about Paul Zizka, the photographer and Ball Watch ambassador. First of all, let me ask you, where does your fascination for photography comes from? How did you become a photographer?

Photography for me simply started as a rather dry and somewhat selfish way of documenting remarkable places, light and weather events. I have a practical mind, and picking up a camera seemed to be the obvious way of chronicling the mountain experience. With time, I became increasingly fascinated with the interplay of light, weather and the landscape and this expanded my emotional connection to high places. While my other mountain activities brought me into the landscape in a special way, I realized that photography allowed me to observe nature more closely. Soon this magnified way of observing the natural environment became indistinguishable from living life as I had known it.

I also realized that with enough intention, a photograph has the power to affect people who weren’t there when it was taken and who had no previous history with the location. The ability to freeze a moment in time, and the challenge of conveying the meaning of that moment to others remains a very appealing part of photography for me.

Nature, is a major part of your work, even when it comes to sport photography, you are specialized in outdoor sports. Why nature photography, as opposed to portrays, journalism, etc. ?

My life has simply revolved around the wilderness for as long as I can remember. It is what I am instantly drawn to wherever I go. It is why I chose to live here in the Canadian Rockies, and it is what a lot of my schedule is built around. I have a hard time pointing out why exactly, but from the beginning it was the genre of photography I was most interested in

Through your work, you go to quite extreme places. During your trips, how important is a wristwatch for you?

Photography is all about time. Freezing moments in time, being at the right place at the right time, making the most of your time in the field, getting the timing right. So, having a reliable wristwatch is essential to me. On top of that, because of what I do, I need a device that will perform well in harsh temperatures, low light, rough environments, under water. For the type of images that I am after, the gear just has to be reliable.

When was the first time, you heard or saw a Ball watch?

I was aware of the company prior to Daniel (Daniel Alioth, COO of Ball Watch) reaching out to me, although I can’t point to a specific point in time. I first set eyes on an actual watch when Daniel sent me an Engineer II Magneto S a few weeks back.

How did your partnership with Ball Watches come about?

Daniel Alioth reached out to me back in December 2014 to say BALL was looking for a new Explorer, and that that Explorer had to be a photographer. He mentioned they were on a mission to launch the ultimate photographer mechanical watch, and felt I was a really good fit for a partnership. We then arranged a conversation over the phone, and quickly realized our values and interests aligned perfectly. A few emails later I was officially a proud BALL Watch Explorer!

What do you like about the brand?
I love how they are all about breaking the trail, following your own path, embracing challenges and getting the most out of life that you can. I am all about those same ideas.

I suppose, as an ambassador, you have access to many pieces from the Ball collection. Which one is your favourite and why?
My experiences so far are limited to the Engineer II Marvelight and Magneto S. I am loving my Magneto S and have been very impressed with the performance and features. I love the ease of readability in low light when I do astrophotography, and I’ve taken it underwater in murky alpine lakes a few times. I’ve also enjoyed the durability and toughness of the product. I’m not the type to babysit my equipment and I am not very kind to my gear, but so far the performance of the Magneto S has been top-notch!

As a landscape photographer, is there a complication, or a feature that you would like to see on a Ball watch?

One feature that would be most useful would be a light of some kind, just enough to illuminate slightly the back of the camera or the camera bag when I’m working in dark places and don’t want to have the full light of a headlamp every time. Let me thank again Paul for taking the time to answer these questions and share these amazing pictures with the readers of WatchPaper. To see more of his breathtaking landscape photos, go to zizka.ca 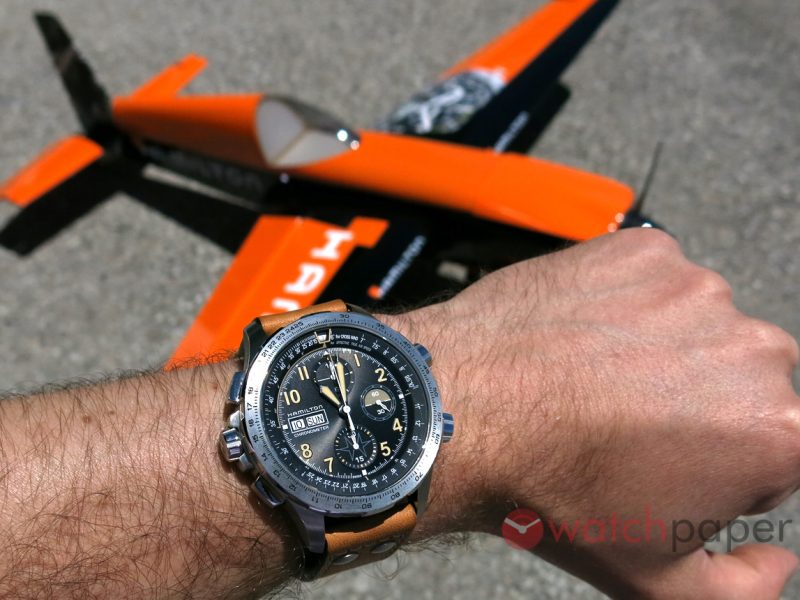