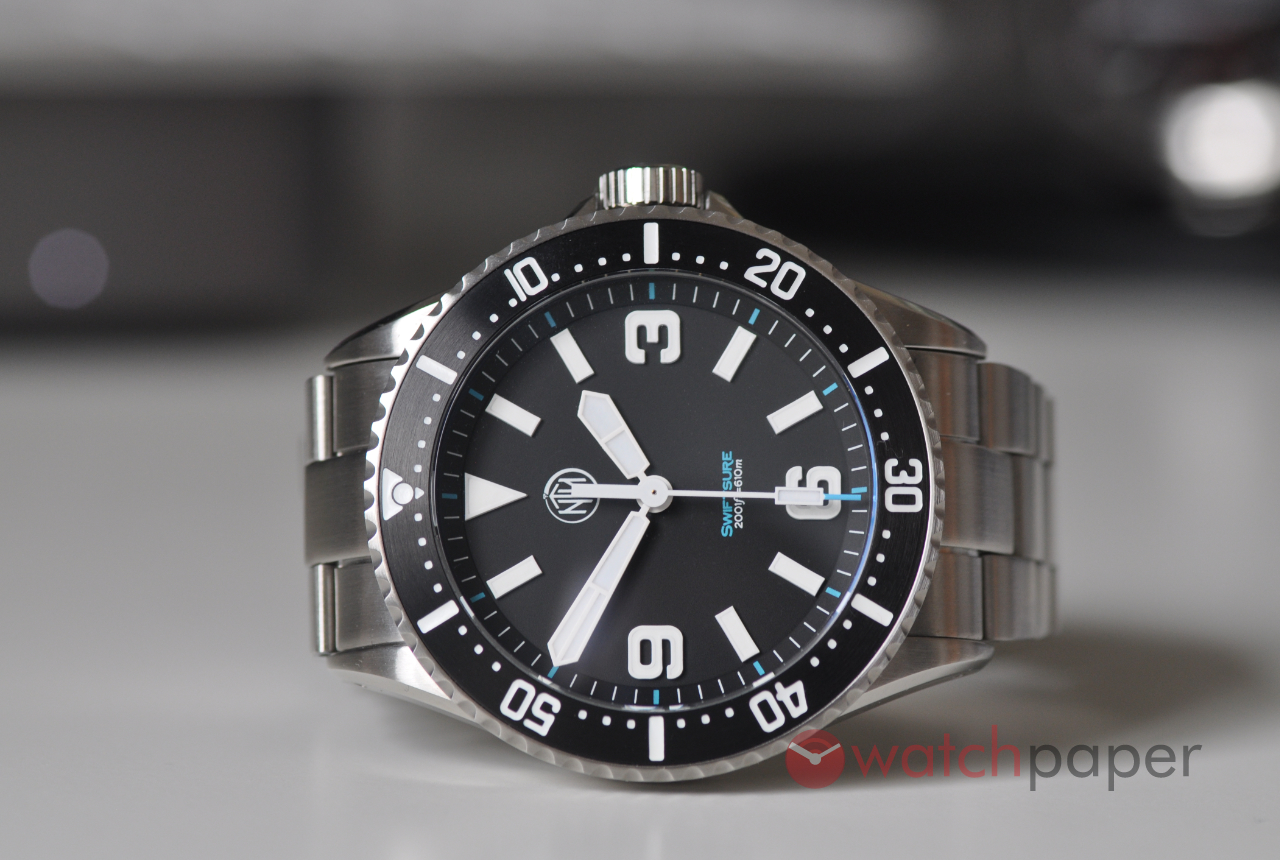 It’s been some time since I last had the chance to get a closer look at an NTH watch. The last one I reviewed was from the Lew & Huey days, which you can read here. At that time, the microbrand scene was a lot less crowded and L&H was one of the most popular brands and since then things just got better and better, they did not rest on their laurels, coming out with must-have diver models under a new brand name, NTH. Let’s take a look at one of their latest models, the 2K1 Swiftsure Black and see if it deserves its popularity.

First things, first, the packaging, which looks nice, but its main function is to protect the watch. Inside the watch was all wrapped up in protective plastic that reminded me of a discussion we had on the Microbrand Watches Facebook group a few years ago about using excessive plastic in wrapping up the new watches. Chris, the founder and owner of NTH was saying that he wants his watches to reach their destination as new, even if it means sacrificing the luxury experience of opening the box for the first time with all the plastic wrapping. I did not fully understand at the time, but now after wearing the NTH Swiftsure for a while, it starts to make sense. Why? Before you would even get it on your wrist, it just shows who this watch was made for and what was the mind frame when designing it. This is a no-BS tool watch, where function prevails over form. It’s not about bells and whistles and cute decoration to make it look luxurious, it’s about making it practical.

Despite its utilitarian attitude, the Swiftsure still managed to surprise me with its beauty. For the past 10 years, I review watches as a hobby, I would say I have trained eyes, but it took me a bit of time to really understand why I like this watch.

It’s big, with a diameter of almost 44 mm, it is probably too big for my small wrist, but it felt good on the wrist and I would just stare at the dial wondering why I like it.

As with any new watch, the first thing you do is to adjust the time, the crown offers a fantastic grip. It has the perfect size compared to the crown protector and the rest of the case, to make it easy to operate. Once the time is adjusted, the bezel is screaming to be rotated. With some of the watches, I just don’t want to touch the bezel because it’s just really hard to have a firm grip on it, but not with the Swiftsure. It is almost like a disk that floats above the rest of the case, making the watch less chunky despite its diameter.

When it comes to the dial, the contrast is fantastic, the hands, the chunky white markers on the black dial are very easy to read, I think even if there was no lume on them, they would still be visible in dark. Speaking of lume, they do have a generous amount of it and it works like a charm.

There is also a little blue spice added to the whole here and there, like on the tip of the seconds’ hand, or on the chapter ring marking the hours and the name of the watch above six o’clock that break the black and white monochromy. These are tiny accents that make the overall experience a lot more fun, without breaking the sobriety of the Swiftsure.

The case! It is so beautiful that I could not stop taking photos, they are too many to include them in this review, but the case looks good from every angle. The proportions, its brushed finish with the chamfered edges polished, highlight the classic elegance of this case. It shows an excellent understanding of the balance between making it utilitarian but not boring.

Did I mention that the case is waterproof to 61 ATM / 610 meters / 2001 feet (!) and that it has a helium escape valve? We won’t need it in our everyday life, but we are watch nerds and we love widgets like this, so here it is:

The solid back of the watch is another proof of the Spartan spirit of the Swiftsure. No marine fauna and submarines or divers, just the engraving with tiny letters Automatic, Sapphire, 316L Steel, spaced with three small NTH logos.

The Swiftsure is equipped with a top-quality bracelet with a clasp featuring micro-adjustments.

The NTH Swiftsure is one of those watches that look a lot better in reality than on the internet. Judging only from a photo or a video, you might think that this is a boring watch, it is too plain, but in its austerity, there is maturity and sophistication. With the photos illustrating this review, I tried to show what makes the Swiftsure an outstanding watch. I would compare the Swiftsure’s good looks to that of a beautifully crafted weapon.

The name NTH apparently is an abbreviation of a “Nod to History” or taking things to the nth degree, but judging from the Swiftsure, I would say that NTH makes “Nice To Have” watches. Good looking, solid watches made by a company with an excellent reputation.

For more about NTH, visit https://nthwatches.com/