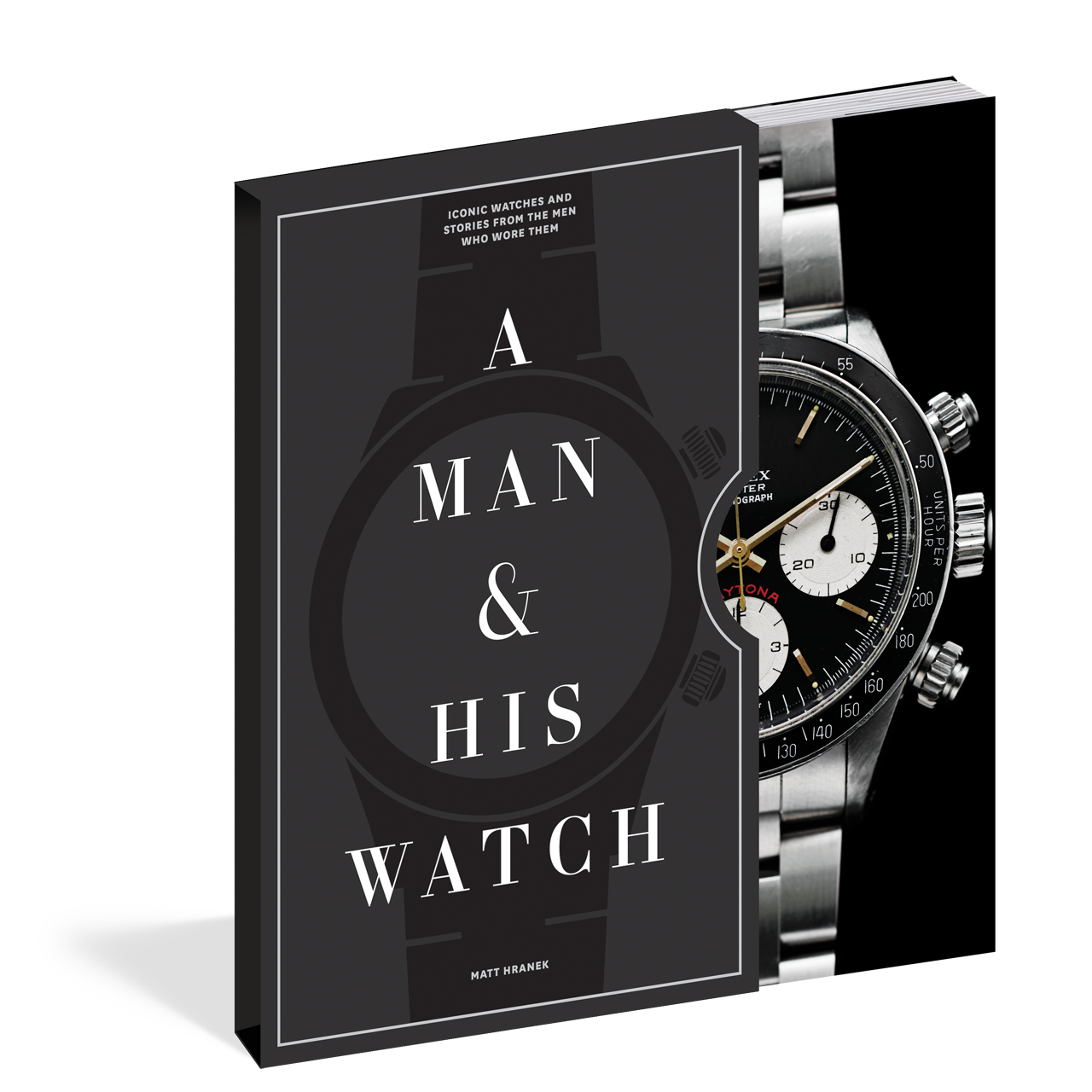 A Man and His Watch entered its second printing this year after selling out of its first run last October. A coffee table book for the WIS crowd, it struck a chord with watch lovers and, if the response to it on the forums is anything to go by, filled an unmet need in the accessories corner of the hobby. The need wasn’t only for more product (though the number of high-quality books devoted to the hobby is surprisingly small); the demand it met was for rationalization. “My wife read it and now she gets it!” or “Getting this book as a gift for my wife” were common themes. Having a partner who’s onside with the hobby is always a bonus, but don’t rely on this book to solve that particular problem for you. Luckily, A Man and His Watch has more to recommend it than its mediation skills. The book is a collection of stories about watches and the men (some famous, some less so) who own and wear them. The stories aren’t even mostly about the watches but about the emotions and memories that make them important to their owners. More than engineering, more than brand, the stories of the watches we love are the core of the obsession. In his preface, Matt Hranek sums it up:

“For many men, watches seem to have a deeper meaning than just keeping time. Watches mark special occasions, they tell the world a bit about who you are and they can, if you’re lucky, connect you to the people in your life who matter most.”

Many of the stories are about how watches are emblematic of that connection for their owners. Ben Clymer, founder of Hodinkee, shares the story of how his Speedmaster Mark 40 is not only an interesting piece of horology but also a connection to his grandfather who started the obsession with watches for Clymer…an obsession he managed to parlay into a career. Some of the most meaningful watches discussed in the book have nothing to do with high horology. Adam Craniotes, founder of Redbar, chose to share the story of his Casio which his grandfather gave him after a long summer of lusting after it. Also a noted IWC collector, Adam does mention how his mother helped him acquire his Big Pilot perpetual calendar, but the point is not about what the watches are, but what they mean. The Casio and the IWC are on an equal emotional footing for him.

As part of his research, Hranek visited the archives of famous watchmakers. His visit to the Cartier archive reads like a spy novel. After repeatedly asking for permission to visit, Cartier relented and took Hranek to an undisclosed location which housed the archives. A lot of security later, he entered the inner sanctum and met the archivists who were as genial as the security was tight. The chapter is memorable in the collection not only because of the watches he was allowed to photograph but also as a reminder of how pivotal Cartier was in the creation of our hobby. Without Cartier, men would still be wearing pocket watches.

As an object (the book is meant to be on display, preferably on a coffee table) A Man and His Watch disappoints in its text as much as it delights in its photography and emotional content. The typography and copy editing could have benefitted from the same editorial attention so obviously lavished on the images. Should you add this book to your collection? A definite yes, but maybe wait until the third printing (and there will definitely be a third printing) smooths out some of the ambitious book’s rough edges.

Matt Hranek, A Man and His Watch: Iconic Watches and Stories from The Men Who Wore Them. Artisan Books, 2017-2018