Omega CK2129 as worn by Tom Hardy in Dunkirk by Christopher Nolan.

One of the secret ingredients of Christopher Nolan is his attention to small details, and his latest movie, Dunkirk is no different. Tom Hardy’s RAF character wears an Omega CK2129, the most commonly worn timepiece by RAF personnel in the early days of WWII. With its cream dial and clearly visible Arabic numerals, it was built for flying missions. It was also equipped with a rotating bezel, very valuable for pilots and navigators by enabling them to time specific intervals, while the purpose of the crown at 4 o’clock was to lock down the bezel so that the timing would not be affected by accidental knocks. Omega delivered 2,000 CK2129 watches to Great Britain’s Ministry of Defence at the start of the war. But as the war progressed OMEGA delivered, even more, watches, by introducing the UK/CK2292 that became the most famous and widely used military watches of all. They were supplied to the majority of RAF and Fleet Air Arm personnel. It was powered by a 30mm calibre, highly resistant to magnetism thanks to its balance spring which was built from a new alloy. RAF pilots flying Hurricanes and Spitfires were sitting just two feet behind a huge magnetic field within their powerful engines. Towards the end of WWII, as the fight moved to the Pacific Ocean, Omega introduced the CK2444, famous for its water resistance. The MoD gave it the w.w.w engraving on the caseback, which stood for “Waterproof Wrist Watch”. There was also a Broad Arrow marking on the dial and caseback which was typical of the British military.

Throughout the war, Omega delivered more than 110,000 pilots’, navigators’ and field watches to the British MoD, making it the biggest suppliers of Swiss watches, with more than 50%, while the rest being shared by other brands. Appart the British, Omega supplied watches to the USA, France and even Greece and the expertise gathered during the war, led to the launch of the Seamaster collection in 1948. 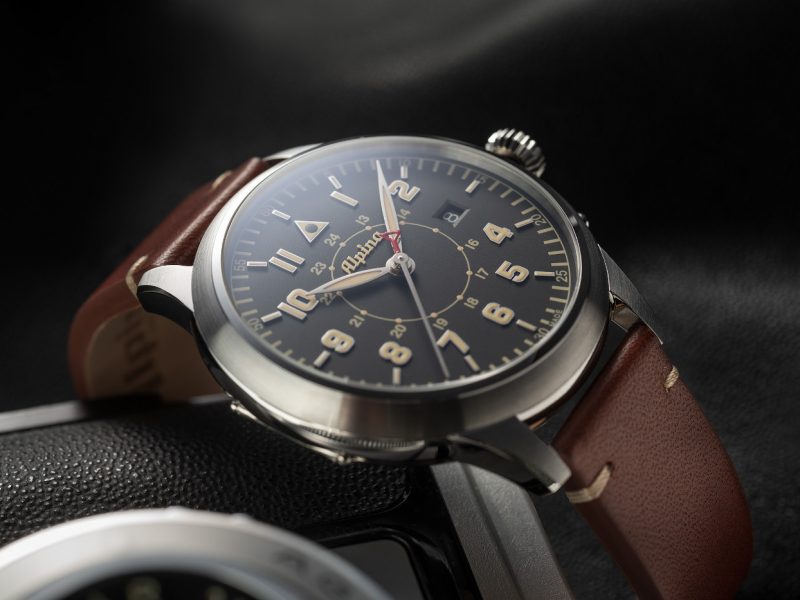